In 2006, when I was 19, I had a failed back surgery that rendered me to a wheelchair: I spent 2 years drowning in self-pity, unable to work, go to school, or even drive – believing my life, as I knew it, was over. I wasn’t eating, sleeping, or, for the most part, functioning; at my lowest, I was so weak that I couldn’t carry a purse, or even a full bottle of water.

It took my surgeon refusing to do corrective surgery due to my physical deterioration to even see that, though I was disabled, that I had caged myself in an “It’s already over – why try?” prison. It clicked, and while I had almost no confidence in my ability to succeed, I found just a little “fight” to start trying – really trying.

I enrolled in the Courage Center’s Chronic Pain Program, where, after 4 weeks of 45-hour-a-week physical and physiological therapy, I walked freely for the first time again, began working, taking care of my physical and emotional health, and have never looked back.

Today, I have a full-time career, model part-time, own a small business, have competed in 8 NANBF and NPC figure competitions, weight train 6 – 7 days a week, can deadlift and squat more than twice my body weight, and never did have that corrective surgery – and still have the same ruptured disc that I once thought had sealed my gloomy fate.

Every step, every rep, every drive to work, is a blessing and an opportunity, and I feel stronger every day than I did the day before: not because of what I endured, but because I know that I am in control of my own attitude, and thus, my own environment.

For years, I never spoke about “those years,” and only had embarrassment whenever I revisited them. But recently, my experience has been shared across the bodybuilding community, including publication in Natural Fitness and Physique Magazine, and I’ve received the most incredible messages from competitors and non-competitors alike, thanking me for giving them hope. I was overwhelmed by feedback, and only now have started to realize the positive impact I could have on others.

I hope to continue to spread my story that it’s never over, that you already have all the strength you need inside of you, and that it’s never too late to start to fight a little!

I own Elite Presentation by Allison, LLC, working with dozens of competitors every season in every single competition category, from amateur bikini to pro bodybuilding. I’m one of the only posing coaches in the country that has success with both male and female competitors (mandatories and fully-choreographed routines), with pro cards in men’s bodybuilding, women’s figure, women’s physique, and women’s bikini. In 2014 alone: 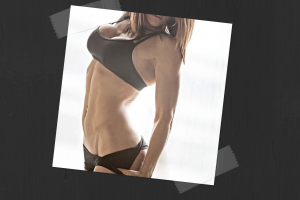 #1 Best Exercise for a Smaller Waist

crossfitcdr.com Whether or not you compete in a figure, bikini[...] 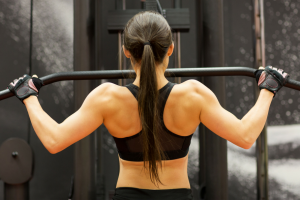 3 Key Components to Leaning Out Without Losing Muscle Mass

Building a lean and muscular physique provides a clear demonstration[...]