We have all been asked the famous question, “where do you see yourself in 5 years?  Never in my wildest dreams did I ever think I would be 100 pounds lighter!  My name is Gina Barna.  I have always struggled with my weight.  I grew up a happy child but lacked the knowledge of basic nutrition and how to eat for my body type.  I ate for comfort.  I would have spurts where I would loose 30 pounds for a season but it quickly found its way back.  In the summer of 2014 I stood on the scale to read 220 pounds.  I knew I was heavy but never realized I had a severe weight problem at 5’4”.  I was categorized at 31 years old as obese with a BMI of over 30.

I knew I had to do something, but I had no idea where to start.  I’ve never had a gym membership.  I never played sports. I sat on the couch and watched TV.  I knew every show and their air times on most channels.  I would walk around the block for a several miles, but when I got home I was winded.

I would hear success stories of people losing weight and thought they were so lucky.  A former co-worker gave me a print out of ‘Slim-genics” a 3 day jump start program to help with weight loss.  For 6 months I looked at it and still chose not to do anything about it.

On January 1, 2015, I made a decision, enough was enough.  I said I would try it.  I never set out and with a goal of losing 100 pounds or even to compete.  My goal was to be healthy.  When I started after the first 3 days I realized how much energy I had. I continued slim genics for 6 weeks.

During that time I did a lot of research on nutrition.  I read everything I could and applied it to my life and body type.  After 2 months I incorporated what I like to call, “the common sense” diet.  I ate real food but subtracted foods that I knew were not good for me.  I cut out soda, breads, pasta and high amounts of sugar.  I had a few of my, “non-negotiable” things that I was not ready to give up yet.  For instance, I loved ice cream.  Instead, I got frozen cool whip and substituted that for my then two favorite guys, good ‘ol Ben and Jerry’s.  I found what foods worked best for my body through the elimination diet.  A year later I had lost over 40 pounds.  The weight kept falling off.  I thought about getting a trainer to help my progress, but I also lacked self confidence.  I figured if I would be successful I would have a great story to share, gain confidence and have the knowledge on nutrition to carry me through life plus no one knows my body better than me.  Also, at that point, what did I have to loose?

I researched macros and set up what worked best for my body.  I began weightlifting in the spring of 2016.  I didn’t know what I was doing.  I would watch youtube videos and other people at the gym.  I was ‘that person’ in the gym by which the ‘gym don’t videos were made. I didn’t care though. I was loving the results and I had the drive to succeed. Through practice and reputation I improved my form, strength and my flexibility.  I finally found something in which I felt fulfilled inside.

In January of 2017 at a 70 pound loss, I thought competing could be in the cards.  I set my mind to it and I hit the stage in October 2018 for the first time at Minnesota Mayhem having programed my diet and exercise program myself.  It wasn’t the end of my journey, it was only the beginning.

I still read everything I can on nutrition and I focus on living my best life. Since then I influenced countless others into their own weight loss journey.  My weight loss has not only made me healthier but it has also made me feel complete inside.  I will hit the stage again in October 2020.

This journey is not about weight loss, but my faith journey.  I have a strong faith and love of the Lord.  Through Him, I have learned all things are possible.  As long as I trust Him and put my mind to something I can accomplish anything. 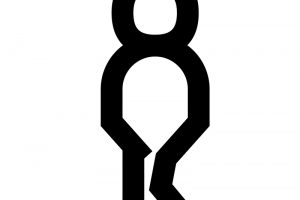 Causes and Cures for the Workout Pees!

A friend invites you to a boot camp class. Because[...] 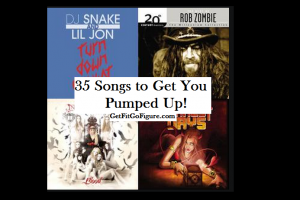 So, I have been listening to Pandora for the last[...] 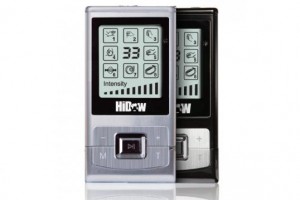 Check back for my review and experience with my HiDow[...]