Are Healthy Oils Killing Us?

Are Healthy Oils Killing Us?

Coconut oil. Extra virgin olive oil. Avocado oil. Chances are, at least one of these adorns your pantry shelf. And why wouldn’t they? All three contain nutritional properties that can improve immunity, decrease hunger, and boost brain function.

But did you know, if used incorrectly, they can also present serious health risks like cancer?

In fact, despite our efforts to be more conscientious about the quality of foods we eat, we may be doing more harm than good by completely eliminating the Wessons and Criscos of yesteryear.

Let’s look at why.

The Difference Between Refined and Unrefined Oils

When cooking with oils, it’s important to identify whether you are working with a refined or unrefined variety.

Quick note: “Refined” and “unrefined” indicate how an oil has been obtained from its original source.

Unrefined oils are minimally processed, meaning that little, if any, chemicals or heat have been used to extract the oil from its original host (unrefined oils typically use an extraction process that literally squeezes out the oil like a press). They also have few or no additives. If an oil has “raw,” “cold pressed,” or “virgin” in its name, then it’s unrefined.  Because of the minimal processing of unrefined oils, they maintain their nutritional values and natural flavors. However, they are also unstable with heat and have a tendency to spoil quickly.

Unrefined oils are extracted from their original source using as little chemicals/heat possible. Some processes literally squeeze oil out of its host, keeping most of its natural properties in tact. (Photo from easyoilpress.com)

Refined oils, on the other hand, have been extracted using heat and chemicals. This process not only eliminates many of the oils’ original nutritional properties, but it also alters its flavor, color, scent, and shelf-life. I think it’s fair to say that refined oils are not considered superstars of the nutritionally-conscious.

Smoke Point and Why it Matters

Why does it matter to know the difference between refined and unrefined oils? One word: Heat stability. Wait. That was two words. Well, whatever.

Anyway, every oil has something called a “smoke point.” The smoke point indicates how much heat an oil can withstand before its original components begin to break down. An oil’s smoke point has been reached when the oil starts – well – smoking.

And I don’t know if you knew this, but smoking is bad for your health.

Turns out its no good for your oils either.

Because when an oil exceeds its smoke point, not only does its nutritional value fly out the window, but it makes your food taste like crap. If making your hash browns taste like ash isn’t enough to convince you that smoke point matters, then maybe this will: Cooking beyond an oil’s smoke point results in the release of toxic fumes and introduces free radicals into your food.

Without going into a huge science-y explanation, free radicals alter our cellular components. We’re talking messing with our chromosomes, which has been shown to trigger a whole plethora of human diseases like cancer, Parkinson’s, and artherosclerosis (among other things).

So what does this have to do with unrefined and refined oils?

So that extra virgin olive oil you’ve been using to fry up that asparagus? Yeah, you’ve been frying up a hearty side of carcinogens right along with it.

But here’s the good news. I’m taking the guesswork out of what oils you should or shouldn’t be using to cook with. Keep on reading.

Oils for High Heat Cooking/Baking (375° and above), Bad for your Health

Below are oils with higher smoke points most commonly used for frying and cooking. Health enthusiasts beware. Being refined oils, as mentioned above, they must be extracted from various seeds through a harsh process with toxic solvents, then more heat, then more chemicals to improve the color and then a deodorizer to cover the rancid smell….  unlike olive oil and coconut oil which are pressed. Avoiding these oils for consumption all together is ideal.

Note: I’ve listed the smoke point of each oil in parenthesis. Keep in mind, this number indicates the highest temperature the listed oil can safely cook at.

Another note: While the temps of ovens are pretty obvious, your stovetop is more of a mystery. While the ranges can vary widely, cooking on high is generally between 300° – 500°, medium is around 200° – 300°, and low is 195° and below. According to the Internet (which is always true), these temps apply to both electric and gas stoves.

The Best Oils for Medium/Low Heat Cooking/Baking (370° and below), good for your health

Don’t let the saturated fats below scare you. They have gotten a bad rap in the past for increasing your risk of heart disease which we now know is incorrect (Ref 1, Ref 2, Ref 3).

*When buying these oils, look for the term expeller pressed or cold pressed. It simply means the oil was pressed out for the seed, nut or fruit in one step without harsh chemical extraction.

Now that you’ve discovered that unrefined oils are not recommended for cooking or baking at high heats, the oils that are best for high heat are actually bad for you to begin with, you may be a bit miffed that you’re going to have to rely on heavily processed oils to make sure your Grandma Pearl’s brownies are moist. But it doesn’t have to be that way. Here’s some ideas for how you can cook or bake without having to deal with smoke point stress:

Google can be your best friend when searching for oil substitutions for your favorite recipes. (Photo from realhousemoms.com)

The Best Way to Use Oils

Unrefined oils are certainly a great addition to healthy lifestyles, and despite having low smoke points, they still can play a role in your every day meal plan. Extra virgin olive oil is a great base for salad dressings. Cooked veggies taste great tossed in a little walnut oil. Heck, some people replace butter with coconut oil on their morning toast. The point is, oil can be used for so much more than cooking or baking. In fact, check out these almond butter coconut fat bombs for one such delicious example.

What’s your favorite oil and do you have a great no-cook recipe to go with it? If so, share it below. I’d love to hear from you. 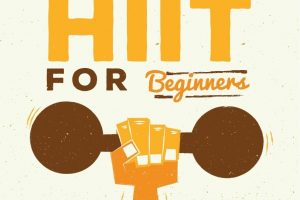 Would you like to get regular, effective exercise but[...] 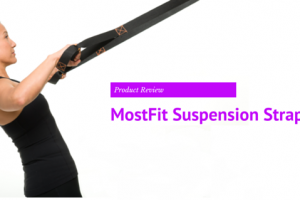 I purchased these MostFit suspension straps recently throught the MostFit[...] 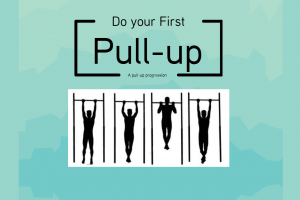 Do Your First Pull-up! : Pull-up Progression