My Initial Thoughts on Figure Competitions

My Initial Thoughts on Figure Competitions

I did not know figure competitions existed for women until the summer of 2013. A pro bodybuilder had informed me of such a division for women in the world of overly tanned, oiled up, hard bodies. It seemed like an appealing new goal and challenge as I was board with my current routine of running and being a rouge crossfitter (looking up the WOD online and doing it at home)….  so I researched it.

The first youtube video I pulled up was a pro bikini competition class. In bodybuilding there are different divisions for men and women. For men, there is bodybuilding and physique.

For women, there is bikini, figure, fitness, physique and bodybuilding. Each division requiring more muscle – bikini being the least, bodybuilding being the most.

Okay, back to the Pro bikini youtube video…my reaction was… 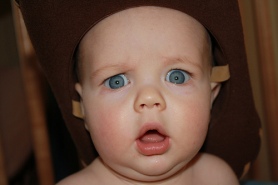 Fit women sassily walking on the stage like show ponies with their long shiny hair, sparkling jewelry and tiny ass cheek baring bikini bottoms, wow.  As they lined up for their half turns, the front pose seemed like an appropriate pose with their hip out to side and their backs arched. Then came the back pose… the jaw drop… hot, oiled, fit women in tiny bikini bottoms with their backs arched as hard as possible accentuating  their glutes (ie ass cheeks) and legs in those 4-5 inch heels… ummmmm… my first thought was…. slightly pornographic.

At that time I did not fully appreciate the amount of work it took for them to be on that stage. So, I chose figure because I felt that it would be more of a challenge and a good place to start. *side note…bikini women work and diet hard as hell, just in case you were thinking they had it easy.

Now when I see a Pro bikini class, I be like, Ooooooooooo,

After I recovered from the initial shock of the bikini video, I then pulled up a figure competition video.

The front pose looked strange. It reminded me of a bird standing on the ground with their wings half out. The figure women were standing there on stage, smiling with their chests puffed up and elbows flared out to the side showing their awesome shoulders, arms and “x-factor” shape.  It seemed strange but I still needed a new challenge and damn did I want to be lean and buff!

When I showed my husband the video informing him of my new interest… what was his reaction? Not really what I expected. I thought he would sort of smile and say, that looks cool, while cocking his head to the side, but no. He got that look on his face that said “I don’t like it, but I am not saying anything just yet.”  I then mentioned that he had that look on his face and he said, “you are going to look like a man!”

As time went on,  he realized how wrong he was. I worked my ass off, lifted like a beast, the end result:

Related Posts: You’re Going to Look Like a Man! 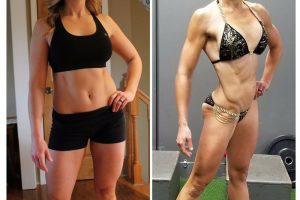 1 Week Out. Break downs, stress and being ready

In this post you will find: Diet Lifting and cardio[...] 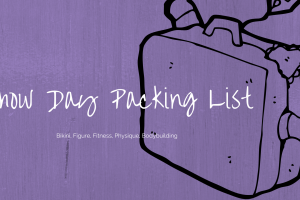 If you are doing your first bikini, figure, fitness or[...] 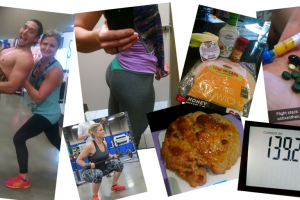 This past week was a whirl wind! We finished up[...]