We’re surrounded by sensational claims, but how do we know when it’s true or just great marketing?

Branched chain amino acids, more commonly known as BCAAs, are one such supplement leading the way in the fitness industry. You might recognize them at the gym as that colorful drink Sweaty Guy is always carrying around in his water bottle. And it’s no wonder, according to one product description, BCAAs orchestrate optimal protein synthesis by balancing the intracellular energy economy and helping to decrease recovery time.

Well I don’t know what the hell that all means, but sign me up!

What Are BCAAs Anyway?

Amino acids are the molecular components of protein. In other words, when we eat a meal that includes protein, that protein gets broken down into smaller parts – called amino acids – during digestion (just like carbohydrates get broken down into glucose and fat gets broken down into fatty acids). While carbs and fat are used primarily for energy, amino acids play a much larger role in the body. Whether it’s participating in chemical reactions, hormone production, creation of bone, muscle, and tissue, or acting as a transporter between cells, we could not live without amino acids.

The majority of our cells, muscles, and tissues are made from amino acids.

There are 20 different types of amino acids the body needs, and luckily, we are able to make most of them internally. However, there are eight that must be consumed via our diets. These are known as essential amino acids.

Three out of the eight essential amino acids are what make up BCAAs. They are known as:

Let’s look at why these three particular essential amino acids are so important to the supplement industry.

BCAA Supplements: What Do They Do?

But do they really?

I decided to research each claim to see what I could find.

What the Studies Say

When we exercise, our bodies release the amino acid called tryptophan (you’ve probably heard this word associated with your Thanksgiving turkey and subsequent trip to the couch after eating it). Tryptophan signals the brain to activate hormones that cause fatigue.

Quick fact: Tryptophan is what triggers the creation of serotonin (the “feel good” hormone associated with antidepressants and this is why we often leave the gym in a better mood than when we went in).

As it turns out, BCAAs use the same communication pathway that tryptophan does. Theories suggest that if this pathway contains higher concentrations of BCAAs than it does tryptophan, then it will slow down or even stop the amount of tryptophan being delivered, thus delaying the onset of fatigue and improving performance.

Tryptophan doesn’t only result after eating your Thanksgiving turkey, it is also released during exercise.

Findings: No evidence to support this claim, but…

Most studies I reviewed indicated that there was no concrete evidence that BCAAs reduce fatigue or improve physical performance. That being said, there are reports that the “rate of perceived exertion” (in other words, self-reporting on how hard you feel like you are physically working during an activity) was increased upon taking BCAAs. What does this mean? There is no scientific proof that BCAAs work to reduce fatigue, but people felt like it helped nonetheless.

I’m sure you have experienced the painful process of going up a set of stairs or standing up from the sitting position a day or two after a leg workout. This phenomenon is called delayed onset muscle soreness (DOMS) and is a natural result of lifting. It can also be, quite literally, a pain in the ass when you need to work out while everything still hurts.

This is how many of us feel a day or two after leg day.

BCAAs claim to reduce this muscle soreness by increasing muscle protein synthesis. As the theory goes, after lifting we damage muscle fibers (true), which causes inflammation and thus, pain for a day or two (or three or four) after a workout. If we consume BCAAs during and/or after our workouts, then we are providing amino acids to our bodies quickly, where they can begin the process of repair. Thus, the faster these muscle cells can be resynthesized, the faster our soreness will go away.

The results of BCAA’s role in reducing muscle soreness was unclear. In a paper released by the Journal of Sports Medicine and Doping Studies, the authors referenced three different research papers; two supporting the theory that BCAAs reduce DOMS while the third did not.  In a study released in 2016, the Journal of the International Society of Sports Nutrition declaired that BCAAs taken with carbohydrates after training did not affect DOMS. However, in 2013 the same publication released findings that BCAAs taken with the amino acid taurine does reduce the effects of DOMs. So which is it?

Confused? I am. Therefore, I’m giving this an inconclusive result due to conflicting reports.

As I mentioned earlier, there are three BCAAs: Isoleucine, leucine, and valine. Out of these three, leucine alone is tied to protein synthesis. Isoleucine, on the other hand, has a role in glucose uptake into the muscle (giving us energy). And valine? Examine.com says it best: “The bioacitivies of valine just haven’t been purposefully investigated much.”

So in other words, valine is sort of the third wheel in this love triangle. It’s always there, but doesn’t really have much to offer.

Either way, there is a growing belief that BCAA supplements improve muscle growth by promoting muscle protein synthesis. What do studies have to say?

Since supplements containing BCAAs have leucine, then it is fair to conclude that using them can enhance muscle protein synthesis. Finally, they live up to the hype!

But wait. Leucine is not found in BCAA supplemental powders alone. You can find leucine in any animal-based food such as meat (chicken, beef, fish, wild game, etc), eggs, dairy, and some plant sources like soybeans and pumpkin seeds. It is also a primary ingredient in most protein powders. So chances are if you are at or above calorie maintenance levels that include sufficient amounts of protein, you have enough leucine to synthesize those muscle cells post-exercise anyway.

In other words, BCAA supplement powders can promote muscle protein synthesis, but so can your breakfast. It’s simply up to you on what source you choose to get your leucine from.

Breakfast can be a great source of the amino acid leucine.

While BCAAs may not be as effective as supplement companies’ claim, there are times when they can come in handy, such as:

Being an additional source of protein for vegans and vegetarians. While leucine comes from animal sources, there are some BCAA supplements that obtain this amino acid from plant-based sources. Because it can be a challenge to consume enough leucine through a plant-based diet alone, sometimes a supplement can make getting enough of this little powerhouse far easier.

When exercising in a fasted state: BCAA supplements are “free form amino acids,” which means that they are not bound to other molecules and do not need to be broken apart before they are absorbed. Therefore, they can bypass the digestive process and immediately enter the bloodstream. When training fasted your body is in a catabolic state (meaning the body is breaking down muscle), so consuming a BCAA supplement during or after a workout can get amino acids to the muscle cells fast, reducing muscle breakdown and ramping up muscle protein synthesis.

During contest prep. Just like the use of dextrose as a mean to restore glycogen quickly in a body that’s depleted of pretty much every macronutrient it needs, drinking BCAAs during or after a workout can quickly restore declining amino acid availability. Better yet, drink your dextrose and BCAAs together to further increase absorption times (for more information about this, check out my article on the anabolic window and nutrient timing).

In the End, it’s About What Works Best for You

If you are always on the run, in an acute or chronic calorie deficit, like to train before eating, or just plain enjoy the taste, then BCAAs are likely right for you. However, if supplements are weighing you down financially (they aren’t cheap!) or you just prefer to eat your amino acids the old fashioned way, by no means are you going to inhibit progress by cutting out your BCAA powder. In the end, it’s always about what works best for you.

That alone can make this supplement sensational afterall.

Do you have questions about what you should be taking to enhance your workouts or physique? Check out the top six supplements I recommend as well as seven additional supplements you may not even know about. Or contact me and we can talk about other ways you can get that body you always dreamed of. 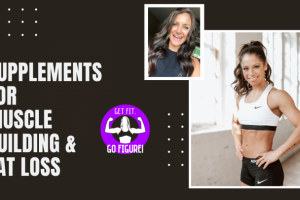 Having trouble losing fat? Frustrated all your hard work isn’t[...] 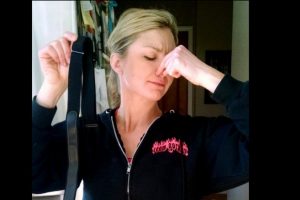 I Finally Got the Stink Out My Heart Rate Monitor Strap!

This past December I bought a Polar FT7 Heart Rate[...] 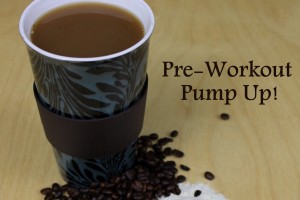 My Favorite Pre-Workout Drink Over time, fancy pre-workout supplements can[...]