The Truth Behind the Anabolic Window

The Truth Behind the Anabolic Window

If you’ve been part of the bodybuilding scene for awhile, there’s no doubt you are familiar with the concept of the “anabolic window.” For years, experts have suggested that when you consume nutrients can play a significant part in your muscle gains or losses; especially immediately after you exercise.

In fact, it’s not unlikely you’ve seen people at the gym urgently retrieving their shaker bottles immediately upon finishing their workouts. Bananas and cold sweet potatoes are becoming a gym bag staple. Heck, maybe you are one of the people who’ve done this.

I know I have.

But when it comes to how quickly we eat after exercise, does it really make a difference?

Some believe eating carbs immediately after a workout will improve their gains. This is an actual photo of someone at my gym doing just that.

What Exactly is the “Anabolic Window?”

The anabolic window is the theory that eating or drinking a specific cocktail of nutrients immediately after strength training results in greater muscular gains and performance.

After exercise, the body’s metabolic process is in a more receptive state than normal, so any protein and/or carbohydrates consumed during this time will be absorbed more quickly.

This part is true.

However, the anabolic window suggests that if people consume these nutrients within 30 minutes after exercise, they will have greater muscle gains and increased capacity to store glycogen than someone who does not.

Can that first 30 minutes really make this much of a difference?

It seems plausible. But is it true?

Carbs and the Anabolic Window

It is not disputed that immediately after strength training, the body is ready to absorb nutrients quickly. This is because we have depleted our glycogen stores. Glycogen, by the way, is the body’s preferred choice of energy and it is supplied to us through the carbohydrates we eat (you can learn the specifics about this process through my article here).

We can only store limited amounts of glycogen, so once it gets low fatigue sets in. When we eat or drink carbs immediately after training, research indicates that cells absorb glucose more quickly. In fact, if you mix carbs with protein, the rate of absorption has been shown to be even greater than if you consumed carbs alone (this is because protein taken with carbohydrates increases insulin levels; insulin is a transporter of glucose so having more of it means more glucose being shuttled into the cells).

However, the anabolic window theory suggests that consuming carbs immediately after a workout not only restores glycogen levels more quickly, but that it actually increases the amount of glycogen we can store overall.

While I wish this were true, research finds this is not the case.

In a study cited by Brad Schoenfeld, a well-known expert in the field of sports nutrition, researchers found that regardless if an athlete consumed carbs immediately after exercise or two hours later, it did not impact their body’s overall glycogen storage capacity. While the group who consumed carbs within the 30 minute time frame did have more glycogen than the other group initially, after eight hours post-workout both groups showed no difference in their total levels of stored glycogen.

Let me illustrate this in a different way: You have two cups. Group One begins to slowly trickle liquid into their cup immediately. Two hours later, Group Two begins to do the same. After three hours, naturally Group One has more liquid in their cup than Group Two since they started earlier. However, after eight hours, both of them have run out of liquid and both of their cups are filled at the same level.

One simply filled its cup more quickly. That’s it. They both still ended up with the same amount in the end.

One cup may have been filled sooner, but in the end, they hold the same amount of liquid.

Protein and the Anabolic Window

After strength training, the body enters a catabolic state that causes molecules within cells to breakdown. In other words, when we lift weights we damage muscle tissue, which then needs to be broken down (catabolism) so it can be replaced. In fact, it’s the process of this breaking down molecules that releases energy for us to use while we exercise.

However, the body doesn’t end with the breaking down of cells (if that were the case, we’d be dust by now). Rather, it responds by rebuilding them (known as anabolism) into something even bigger and better.

In other words, our bodies are like the Property Brothers.

Like the Property Brothers, the body breaks down tissue and rebuilds it to be bigger and better. However, the more pressing concern may be who represents catabolism and who represents anabolism in this picture.

The anabolic window theory believes that if we do not consume protein immediately post-exercise, we are prolonging the catabolic phase and risking needless muscle breakdown. To avoid this, we must consume protein within 30 minutes to reduce catabolism and increase anabolism.

However, it’s not quite that simple.

Brad Schoenfeld’s report on the anabolic window points out that muscle protein breakdown has been found to be minimal post-exercise, but does increase as hours pass. While having enough amino acids in the body is essential for building new muscle, there is not any concrete evidence that consuming protein immediately after exercise enhances muscle growth any more than eating protein two hours later (or three or four). Schoenfeld also points out that eating protein one to two hours before exercise can just as easily maintain amino acid availability throughout your workout as well as the period immediately following it.

In other words: It’s not when, but how much protein you consume each day that matters.

Protein: It’s not about when, it’s about how much.

So the Anabolic Window is Useless?

Not necessarily. There are situations when nutrient timing really matters.

For individuals who are planning to participate in endurance events within eight hours of one another, the anabolic window theory can actually work. This is because if glycogen stores are depleted after the first event, then you’re not going to have any useful energy for the second. By consuming protein and carbs immediately post-exercise, the cells uptake glucose more quickly, giving the body a chance to refill those glycogen storage tanks in time for the second activity.

The same can be true for bodybuilders who train the same muscle groups twice a day (yes, some people actually do this as a loading strategy). This situation is very similar to the one I mentioned above: Glycogen stores need to be replenished quickly in preparation for the next workout. Consuming protein + carbohydrate immediately after the first workout will help make this happen.

And let’s not forget contest prep. For men and women looking to hit the stage, they need to reduce their body fat to extreme levels. This can only be done through an ongoing calorie deficit, which means that at some point during preparation their glycogen and amino acid stores are never completely full. Consuming protein + carbohydrates shortly after a workout can provide the glucose and amino acids their bodies so desperately need – fast.

When prepping for a bodybuilding contest, body fat is extremely low. In cases like these, nutrient timing can be extremely helpful for maintaining energy and reducing muscle protein breakdown.

For everyone else, the anabolic window is a moot point. As long as you are eating enough macronutrients throughout the day, glycogen and amino acid levels should be substantial enough to carry out their essential functions without risk to your muscle growth or performance. Does it hurt to guzzle that protein shake and inhale that banana as soon as your workout is over? Of course not! It may even make you feel a little less fatigued. But will it transform your body into a muscular masterpiece? Not likely.

Only hard work can do that.

Not because of the anabolic window. Simply from hard work.

Unsure of how much protein, fat, and carbohydrates you should be consuming each day to ensure that you have enough fuel not only for your workouts, but to promote new growth and recovery? Contact me and we can develop a plan that fits both your goals and lifestyle, whatever that may be. There is no such thing as a one-size-fits-all workout and nutrition strategy. 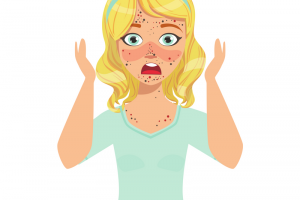 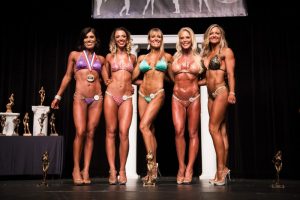 Show day! Where to start… The Night After The Show[...]

Fitness for the GRAND People in Your Life!

This post a a little different pace than usual but[...]