Dear Unsupportive: Let’s Talk About the (Unkind) Things You Say

Dear Unsupportive: Let’s Talk About the (Unkind) Things You Say

You know that childhood cliche, sticks and stones may break my bones…bla, bla, bla?

It doesn’t matter that I’m a grown up. Or that I’ve been around the block enough times to know that some people suck. Or that I’m not supposed to care what other people think.

When something unkind is said about my quest to hit the stage, well, that hurts.

Especially coming from you.

Maybe you have no idea that your comments feel like a gut punch. Maybe you think you’re being helpful. Or maybe, just maybe, you really are just trying to be a jerk.

So let’s talk about the things you say that maybe you shouldn’t.

Five Things You Should Never Say to a Bodybuilding Competitor Unless You Want Them to Hate You:

I can’t tell you how many times I’ve heard some variation of this. “You are obsessed with food,” “You’re getting too skinny,” and “You look gross” are part of the soundtrack of contest prep. And while on some level I understand – because yes, I am hyper-focused on what and how much I eat – this is part of the process of training for a bodybuilding competition. It is temporary. Most of us do it safely under the guidance of a trained professional.

And it’s damn hard to do.

Look. The truth is I already know that I have an unusual fixation on food (try putting yourself in a consistent calorie deficit for months and see how your body and mind respond). I know that you think it’s an obsession. I know that it annoys you that I have water when you are drinking beer. I know the veins popping out of my arms look a little freaky sometimes.

What I don’t understand, is why you get so darn angry about it. Who cares if I bring a container of food for myself to a family dinner? I’m still present at the table. Who cares if I don’t have any of those donuts you brought to work? I really wish I could, they look delicious (and yes, one bite will hurt so please don’t say otherwise). Who cares that I track what I eat? It’ the only way I can keep myself honest when all I really want to do is crawl in a closet with a bag of chips.

I’m doing this not because it’s fun, or because I aspire to experience starvation as a personal statement, or because I want to show off my will power while simultaneously making you feel like you have none.

I’m doing this because I don’t want to look back and think that I didn’t give it my all.

It’s as simple as that.

Plus, when did it become okay to comment about someone’s dietary habits in the first place?  I mean, if you were at lunch with a plump friend would you even dream of saying, “Hey Bob, I don’t know if you realize it, but you’re becoming fat. You’re welcome for the heads-up. So anyway, how’s work going”?

So don’t do it to me either.

This statement pisses me off because it’s stupid. Like, the person saying it is literally stupid. Why?

Because women, no matter how often they are in the gym, no matter how heavy they lift, no matter how much they eat, will not develop a male physique as a result of bodybuilding (the exception to this is women who use steroids which, in case you don’t know me at all, I don’t do).

First, I don’t have a penis, which is pretty much the hallmark of looking like a man…so…yeah. Second, my body contains only a teensy weensy bit of testosterone. In the event you failed miserably in sex education class, testosterone is the male sex hormone that makes men “manly.” (Interesting fact: While testosterone makes men think about sex constantly, it also makes men fart a lot and completely fixated on electronic devices while being completely unaware of their surroundings.)

What I do have is estrogen, which is not a hormone known for its muscle-producing powers. In fact, because men have more skeletal muscle than women from birth, it’s physically impossible to naturally gain enough muscle to have someone mistake me for Hans or Franz.

So the muscle that I do have? That’s the result of a ton of consistency and effort because biology is constantly working against me. Plus, the last time I looked, everything that makes me a woman – my breasts, my emotional superiority, my va jay jay – were all still intact. Maybe I don’t look as “soft” or “curvy” or “fragile” as the female “standard” dictates, but Victoria Secret models don’t exactly represent the norm either. And I don’t see you complaining about them.

As Helen Reddy sang on her famous record, “I am woman see my core. Six packs aren’t just for men anymore.”

Okay, she didn’t really say that. But she should have.

Yes, I wear heels and a sparkly swimsuit. Yes, my hair and makeup is glammed up. Yes, I even walk on a stage in front of judges.

But for the love of God, please do not ever refer to my bodybuilding contest as a “beauty pageant.”

Beauty pageants focus on what society considers the most desirable female attributes; the hour-glass figure with long, lean legs and a beautiful face free of blemishes; the ability to say the right thing in an articulate way when asked a question; possessing natural poise and composure under pressure; and having a deep desire to save the world through acts of service towards others.

Now, before I have people everywhere all up in my grill, I want to point out that I am not attempting to make fun of pageant contestants. Women who compete on this type of platform are more beautiful, intelligent, and positioned for success than I can ever hope to be. They didn’t get on that stage by accident; they worked hard and deserve to be recognized for their accomplishments.

What I am saying is that beauty pageants typically emphasize cultural expectations of what makes a “perfect woman.” And this is where the difference lies.

Women bodybuilders take pride in challenging conventional female beauty. They believe that looking and being strong can be owned not only by men, but by women too. They’re using their bodies not to perpetuate the female stereotype, but to go completely against it.

Side note: While I’ve made it clear that you are not to refer to my event as a pageant, I strongly suggest you do not refer to your friend Mike’s upcoming bodybuilding competition as a beauty pageant either. He may react even less kindly than I do.

You might be surprised to learn that I often feel guilty when I work out. After all, this is time I could be spending with my family. Or earning money. Or checking off one of the many tasks waiting on my list.

In other words, you don’t have to tell me that I’m being selfish. I tell myself that all the time along with “you’re not pretty enough,” “you can be a better wife,” “you need to call your parents more often,” “you need to work harder.”

See, women in general have a fantastic ability to internally berate themselves for pretty much everything. I don’t know if we are born with this characteristic, or if it’s been given to us by our parents, school, or society at large. Either way, it is always there telling us we’ll never be good enough.

Taking time out for myself goes against my natural instinct, but it shouldn’t. I mean, is it selfish to do something that I not only enjoy, but that also makes me healthier inside and out? Is it selfish to demonstrate to those around me that it is possible to achieve their goals despite time constraints, age, responsibilities, and/or health conditions? Is it selfish to show my kids that women do more than go to work, wash dishes, make dinner, and yell repeatedly to pick up their $%^%&@ toys?

If that’s selfish, then sign me up. Maybe you need to start being selfish too.

Because the answer to this question is so complex, I’ve decided to develop an at-a-glance list for easy comprehension. If you think any of these reasons are silly, do me a favor and go jump in a lake.

Well, my unsupportive friend, this concludes my trilogy of letters dedicated specifically to you. Maybe my compelling prose has shown you that bodybuilding is a more meaningful endeavor than most people realize. Maybe, while it’s not something you’d personally like to participate in, you can understand why others might be drawn to it. And maybe, just maybe, you realize that your comments – intentional or not – minimize an activity that means a whole lot to me.

I’ll be sure to return the favor with whatever dreams you may decide to pursue. Even those that involve your doll collection or passion for clowning. 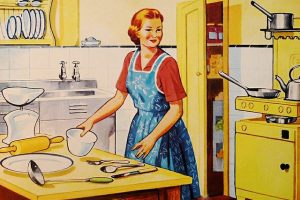 While some argue that counting calories/macros is a cumbersome endeavor,[...] 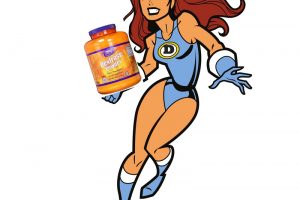 Dextrose: The Superhero of Contest Prep

Dextrose. What is it exactly? Some new fangled weight[...] 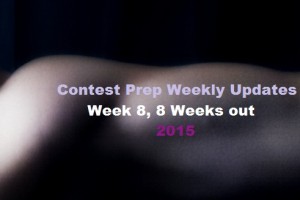 Weekly Updates Include: Progress Pics Changes to diet Changes to[...]