Who’s Gonna Cheer for Me?

Home Bikini, Figure & Physique CompetitionsWho’s Gonna Cheer for Me? When Bodybuilding Feels Like an Exile.

Who’s Gonna Cheer for Me? When Bodybuilding Feels Like an Exile.

“All you care about is working out and what you eat.”

Do any of these sound familiar to you?

They sure do for me.

A Girl with a Plan.

My bodybuilding journey began over two decades ago after a brief and ungraceful career in gymnastics. While it was clear from that experience I lacked the grace and balance essential to the sport, I did come to appreciate the strength my body developed. Shortly after my retirement, a friend invited me to a gym and it was there that my love affair with weight lifting began.

It was also there that I learned about a sport known as “bodybuilding,” and I wanted to do it.

For many months I worked out with the intention to compete. Men at the gym showed me how to lift properly. I bought a posing suit via a company advertised in the back of “Muscle and Fitness” magazine. The owner of the gym taught me how to pose. The date for the contest was on my calendar. I was ready to do this!

Then Dad caught wind of my plans.

While it’s difficult to remember just exactly what was said, the message was clear: His daughter was not going to look like a man and she most certainly was not going to step on a stage in a bikini. He demanded that I put this foolish idea to rest and ordered me to remove the bodybuilding posters adorning my bedroom walls (Corey Everson, Lenda Murray, Rachel McLish – thanks for the inspiration!).

That was the day I learned that “unwavering support” didn’t apply to me.

So I didn’t compete after all. Only a couple years later I gave up bodybuilding all together.

After many one-night-stands with exercise videos and a brief fling with cross fit, at the age of 39 somehow the gym and I reunited.

And my love for lifting weights returned as though it never left.

Incredibly, muscle definition began to find its way back fairly quickly (thanks muscle memory!), and so did a desire to live out a dream I had given up so many years before.

I was so sure, now that I was an adult and a mother and boring old housewife, that everyone around me, including my parents, would be pouring on the support. I mean, who wouldn’t encourage someone to carry out a lifelong dream?

Apparently, pretty much everyone.

In retrospect, I should have predicted the reaction from my parents. I suppose it was simply the desperate hope that they would be in the audience proud of their daughter’s determination and discipline despite being a 40 year old mother of two. But it was not to be. Mom responded that they would not attend the show and requested that I not talk further on the subject because it “upset” my father.

It was like ripping those posters down all over again.

However, with age comes a wider scope of family and friends. Clearly my parents were simply products of their generation and my extended circle would be much more accepting of my endeavors. But as I shared my plans with others, the reaction was nearly always the same: disinterested nods and forced smiles designed to disguise their underlying sense of judgment. Most didn’t understand the hard work and courage it would take to undergo such a transformation; instead they viewed it as a vain opportunity to walk on a stage half naked to show muscles that didn’t belong on my body in the first place.

And the diet required during prep? If I was at all unsure if judgment was perceived or real, all it took was a food-based event to reveal the truth. “You mean you’re not going to eat any of my super five cheese lasagna and triple cheddar garlic bread that I made especially for today?” or “C’mon, it’s not going to hurt you to have some birthday cake just this once” was said more times than I can count. People’s resentment was palpable whenever I suggested an alternative to eating out or offering to bring my own meal, and I felt like any mention of diet or exercise were taboo subjects best left in the closet.

If it weren’t for my husband – my biggest supporter, fan, and friend – I don’t know that I would have ever made it to the stage.

As it turns out, I’m not alone.

While writing this article I reached out to a group of competitors to ask if anyone shared a story similar to mine. I was overwhelmed with the response. From parents to husbands to best friends and even strangers; support can be difficult to find for women looking to step on the stage.

“Leading a healthy lifestyle is completely foreign to [my family],” says Shelley, a Figure competitor whose been strength training for 20 years. “My husband thinks I am having a mid-life crisis. My mother and best friend think I have an eating disorder.”

“My parents nor my sister support me,” Shania says only one week out from her first bikini competition. “People think I’m taking valuable time and energy away from my children. My mom thinks I am starting to look manly and not soft like a woman should be.”

Virginia, who competed last year, shares that her mother thinks she’s going to get “too big,” while at the same time worrying that she was getting “too skinny” when she was deep into prep.

Why is it that so many people frown upon women participating in this sport?

Some say jealousy. Others think perhaps it’s simply misconceptions about what a novice female bodybuilder actually looks like. I believe it has to do with gender roles and stereotypes.

The issue of muscular women is addressed in a great article by a website called The Conversation. In it the author writes, “A muscular woman challenges what it means to be a “real” woman or a “real” man. It challenges the assumption that all men are big, strong and powerful and that all women are smaller, weaker and dependent. A muscular woman can be wildly perplexing.”

In a society that still embraces the “sugar and spice and everything nice” ideology, it should come as no surprise that muscularity challenges the restrictive box of what it means to “be a woman.”

But don’t let that stop you.

While I wish I had a remedy for making people view our efforts to get to the stage with the awe and appreciation it deserves, I don’t.  As Millennials everywhere have wisely pointed out, “Haters gonna hate.” And there’s not much we can do about it.

But that doesn’t mean you’re destined to ride this journey alone.

Support is all around you; you just need to know where to look.

Look
If you had
One shot
Or one opportunity
To seize everything you ever wanted
In one moment
Would you capture it
Or just let it slip?

I asked some of the ladies I referenced above if they had any pearls of wisdom to share with others who may find themselves lacking support . Here is what some said:

“Compete for you and not anyone else. It is a very fulfilling and empowering process. Use the anger to fuel your workouts.”

“Women should be strong and fearless. They can take an hour out of the day to have time for themselves. Teach your kids that it doesn’t matter what gender you are, anyone can be strong and fit.”

“Help your friends and family understand the reasons why you want to compete. Hire a good coach that you can trust and even introduce [your coach] to your family so they can see that you’re being careful. Explain that you will compete with or without their support, but it would help a great deal if they were positive about it.”

Don’t let anyone take your goals or dreams away from you. You will meet plenty of new people that are supportive and like minded during this journey. Just do it!

Have you struggled with lack of support from the people around you? We’d love to hear it! Feel free to share your story in the comment section below. You never know, your experience may make a difference to someone else exactly like you.

Despite her luxurious life, Jenny is currently pursing her Precision Nutrition Level I Certification, which will allow her the opportunity to help people everywhere realize that being fit doesn’t mean a diet made exclusively of chicken breast and salads. She hopes to hit the Figure stage once more this fall, but first has to convince herself that the prep diet — which she believes might be a viable option in fighting terrorism  — is worth giving up french fries for. 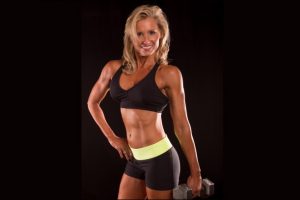 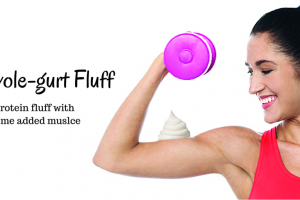 Author of this guest post is Jenny Baker. A bad[...]